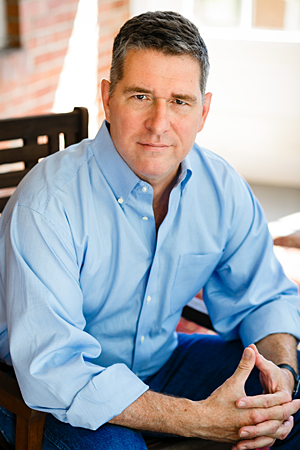 For about 20 years I’ve written and produced documentaries, one of the most rewarding ways of telling stories ever invented. It’s a privilege to plunge into different cultures and eras and put together deeply human narratives that can be enjoyed by everyone. My clients include National Geographic, Discovery, PBS, and other broadcasters in the US and Europe. Some of my favorite films, and series I’ve contributed to, appear on the next page.

My long fascination with Artificial Intelligence came to a head in 2000, when I interviewed inventor Ray Kurzweil, roboticist Rodney Brooks, and sci-fi legend Arthur C. Clarke. Kurzweil and Brooks were casually optimistic about a future they considered inevitable – a time when we will share the planet with intelligent machines. “It won’t be some alien invasion of robots coming over the hill,” Kurzweil told me, “because they’ll be made by us.” In his compound in Sri Lanka, Clarke wasn’t so sure. “I think it’s just a matter of time before machines dominate mankind,” he said. “Intelligence will win out.”

Intelligence, not charm or beauty, is the special power that enables humans to dominate Earth. Now, propelled by a powerful economic wind, scientists are developing intelligent machines. Each year intelligence grows closer to shuffling off its biological coil and taking on an infinitely faster and more powerful synthetic one. But before machine intelligence matches our own, we have a chance. We must develop a science for understanding and coexisting with smart, even superintelligent machines. If we fail, we’ll be stuck in an unwinnable dilemma. We’ll have to rely on the kindness of machines to survive. Will machines naturally love us and protect us?

Should we bet our existence on it?

Our Final Invention is about what can go wrong with the development and application of advanced AI. It’s about AI’s catastrophic downside, one you’ll never hear about from Google, Apple, IBM, and DARPA. I think it’s the most important conversation of our time, and I hope you’ll join in.